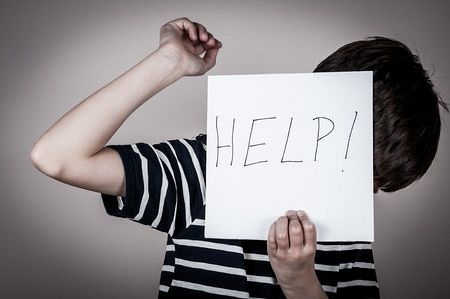 If the Federal Government strongly supports the Royal Commission as the PM says they do, then they should have no problem with a National redress scheme for past victims of abuse to be administered under their auspices.

Sadly the Royal commission into institutional responses to child sexual abuse is not receiving the media attention that it really deserves. In pockets where hearings have been held it has been reported locally, though really that is about it, unless of course Cardinal George Pell is mentioned, then all bets are off, we see it on National news.

Now, George Pell makes for a great villain in this piece, his arrogantly callous form in previous years whenever abuse is mentioned, his running for legal advice when cornered, hell, the terribly co-incidental of course, manner in which he happened to get his promotion to the Vatican just as the Commission started to kick off all conspire to ensure that Pell is the villain in this saga. Don’t get me wrong, the bloke has more front than Sepp Blatter and deserves to be harried for the ultimate ‘Please Explain’, but he is not the only one.

The Catholic Church due to sheer numbers is featured heavily in the Royal Commission but they are not the lone ranger here, the Uniting Church, Anglican Church, Salvation Army, State run Institutions (in various states), Orthodox Jewish Yeshivah, Hillsong Church, even the Satyananda yoga ashram... The list is extensive and many of these organisations are still massively powerful to this day.

Now the Royal Commission is looking at Redress for the victims. Back in April 2015 PM Abbott promised a “strong and comprehensive” response once the Royal Commission publishes its recommendations on compensation. Gives you hope these victims will be supported right? The commission model suggested an extension of Medicare to provide for specific ongoing care.

The federal government said it would instead advertise what was now available.

Before the final report is even compiled the PM has taken the stance of 'sorry, but not our problem'. The Federal Government reckons they don’t have the legislative power to run a scheme and pretty much the so-called strong response from the Government would be for them to “advertise what was available”.

Seriously? Strong response my ar$e, not even close.  “Advertising” what redress options are available for victims of abuse when it comes down to what is finally implemented is all they think they can do? An advertising campaign is not a strong response at all, it is a cop out. To be perfectly frank, I call bullshit on that attitude. Particularly noting that:

A national scheme, under the auspices of the federal government has the backing of institutions including the Catholic Church, The Salvation Army and the Anglican Church as well as victim advocacy groups.

The Federal Government is perfectly placed to co-ordinate a redress scheme and ensure that those Institutions, State & Territory Governments and non-government agencies still around today comply and participate in the scheme.  Adam Brereton is spot on in his article “The government is a bigger obstacle to justice for victims than George Pell” and while the public focus is on Pell, the Governments 'not our problem' attitude is getting a free pass.

The Federal Government should be in control of a Federal Redress scheme for Victims of Institutional Abuse.

We constantly hear our PM carry on about his ‘Death Cult’, ‘Border Security’, you name it, all under the ‘Terror’ guise of protecting Australian citizens. With the blindly bipartisan support of the Opposition, we are slowly having our civil liberties eroded all in the name of combating this Terror threat, yet where is the PROTECTION of our citizens for the harm they have suffered in the past? Where is the care for our citizens who are still suffering repercussions from past Institutional abuse?

This particular Government have been fans of creative Governance ever since they got voted in, from circumventing the Senate, hiding behind Operation Sovereign Borders to their recent idea of ignoring the rule of law to allow a minister to revoke Citizenship, so I don’t believe for a minute that there is not a way that the Federal Government couldn’t administer a National Scheme of redress for victims of Institutional Abuse.

The Federal Government should ensure that all state and territory governments and institutions, churches and non-government agencies responsible for the abuse participate in the Redress Scheme to the full extent.

These institutions are the ultimate rent seekers, beyond the obvious tax free exemptions they all have in common, they receive Government contracts for everything from Aged Care and Employment Services to Chaplains and Shelters. Between them all they pretty much have the Community Services sector sewn up, except of course when we need Jackboots on the ground for the likes of detention centres SIGH!

I have no idea how much exactly these groups receive from the taxpayer in the form of Government subsidies from contracts to provide community services to the tax free benefits they all enjoy, though I am pretty sure that the threat of taking away even some of these would have them racing to the Royal Commission’s table to cooperate with federal redress scheme for the victims who experienced abuse under the auspices of their so-called ‘care’?

The fact that so many of these institutions rely on the Government for their very financial existence gives the Government an awful lot of power to ensure that all entities culpable for this abuse honour their obligations to compensate their victims.

The Federal Government has the power and ability to do the above. In all reality we would not give a Government contract to a Corporation that was currently in disrepute due to malfeasance or abuses? A Charity that does not pay its creditors DOES have its status revoked as per the law as it stands.

As we have seen so far with the Royal Commission this institutional abuse was national, therefore the Redress requires a national response and the Federal Government is in the best position to oversee this response. To not do so is failing in their very first priority as a Government, that of protecting its citizens.

Vilify Pell all you like, hell knows the bloke is in serious need of a heart transplant, but don’t waste all your energy on him, look closer to home to our PM and elected representatives who also seem to be abdicating their responsibilities as well. It is time we all stood up and told them it is not acceptable.