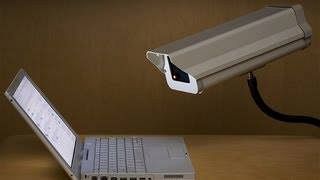 I have already written, well ranted, about our so-called National Security laws a few times in the past.  The whole raft of them are draconian and unnecessary, a solution to a problem that does not really exist, yet limits our Freedoms and Civil Liberties for no proven result in fighting the so-called “Death Cult” that our PM and his Government love to flog like a dead horse, with the cringing Opposition meekly playing follow the leader, in sheer terror of being wedged on the holy grail of “National Security”.

By the way “What Metadata Retention looks like: Prepare to be shocked” is a must read if you like many Australian's aren't quite across the Metadata lingo.

26 Sep 2014 Slow Clap Australian Government, you have done what no Terrorist could :(
30 Sep 2014 Picks battles? WTF! @billshortenmp you didn’t even bother with a ‘skirmish’ to protect Australians?
02 Oct 2014 So… You trust George Brandis?

But the National Security roadshow goes on... Facts, evidence, they are silly things this Government doesn’t really care about, we now have *Drumroll Please* the Data Retention Bill or “Telecommunications (Interception and Access) Amendment (Data Retention) Bill 2014” hitting the news. That pesky Metadata that both George Brandis & Tony Abbott struggle so hard trying to explain to people – envelope something... An ex Police Whistleblower disagreed -  “Metadata regime open to abuse: insider” but what the hell would an ex security type who uses & accesses that metadata know? PFFT!

We must trust..., Trust our illustrious leaders, they need to scrape it all up, all of it, all our Metadata and let our security agencies have a free for all to keep us safe from the Death Cult.

And what about us, the millions of Voters, the silly punters? How is Joe Blow & Jill Dill being protected? I don't mean from the Death Cult, I mean protected from our own Government, this Government and future Governments from the Government overseers and the potential uses or abuses?

Our Government has already decided the saving of our all our Metadata will keep us safe from the Death Cult, but what about the Opposition?

Ahhh yeah, the Press...  Very worried about the freedom of the Press is our Bill. He will ask about that further, aren’t you lucky Press Gallery? Most of you work with large media organisations with solicitors on retainer to fight this stuff anyhow, but hey, Bill is on your side, he cares about you...

But what about us asks Joe Blow & Jill Dill?

Oh don’t worry, Bill is also worried about the “cost” to you? I am sure the Telco’s will absorb the extra costs of storing that data in case the Government and it’s agencies need it to fight the Death Cult? They always absorb additional operational costs don’t they? – if you believe that I have a bridge to sell you ;-)

Where will your precious data be held? Well, we don’t know that either, though odds are it will be the cheapest cloud service around, let’s hope it is safe from hacking huh? I mean you are most likely paying for it?

Well since you are paying for your metadata to be stored, guess you can access it yourself if you needed to? Not sure why you would want to, but hey, you are paying for that storage?  Oh, sorry, not sure about that, PJCIS thinks you should be able to, but you know, too many requests, the stress... Maybe the Telco’s might be kind and let you PAY to access your own data? 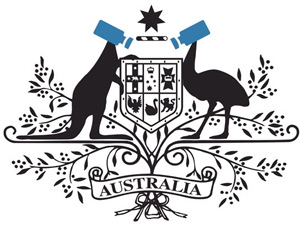 So, this is where we are at:
Our online life – if you are unsure how much of your online life, check out this “What Metadata Retention looks like: Prepare to be shocked” will be scraped up and saved, at our cost, for others to use, but we may have to pay to be able to see our own data that we are paying to be stored? Make sense to you? Coz Death Cult!!

By the way, let’s just ‘trust’ that none of the myriad of Security Agencies, Government Agencies, Civil or Criminal Courts and the participants of those courts, will misuse, abuse or even just be bloody incompetent and allow it to be hacked, or accidentally emailed to the wrong recipient? What is there to worry about? Bill Shorten our fearless Opposition Leader will make sure we are safe – safe from our Government – he will protect our interests won’t he?

Oh wait... Bill shafted us on the last National Security laws, picking his battles?
Oh wait... Bill didn’t mention us dumb punters in his presser today, just journo’s & cost?
Oh wait... Bill wants to keep us safe from the Death Cult – OK sorry, I have to laugh out loud now – the biggest threat to citizens in this nation is actually family violence, but you most likely won’t be able to access your own or a dangerous family members metadata, coz, well yes, 14 deaths so far this year from Domestic Violence is ‘regrettable’, but but but Death Cult!

So, my ALP friends are angry with me, they keep only hearing those last words of Bill’s today:

Psst: Those ‘propositions’ are keeping Journo’s sources safe or costs for storing data, not you Joe & Jill, you are just part of the overall safe from a Death Cult Bullshit :(

For once Bill, I dare you, prove me wrong?

As the state of play currently is: Our Attorney-General can decide to allow our security agencies to kick down our door unexpectedly, with no warning due to a Special Intelligence Operation (SIO) he has signed off for them. We can’t tell anyone it happened, we can’t raise the raid to a Journo as that would be illegal, AND they could use our very own Metadata that they accessed without a Warrant to bash in our door AND we have paid for the privilege of that data being stored, with an arrest that may or may not actually be legit happening? Good-Oh...

Sadly depressed, yet still fighting...
Noely
PS. I shamelessly stole the title of this rant from Lee Skelton @bustersdah – thanks mate :)

Take Bill at his word, please contact Bill Shorten, Hell, give it a read hot go and email or phone the lot of them to see if you can get them to stop this?
Get up currently have a petition, please sign it: “Citizens, not suspects“
The Pirate Party have been fighting this for quite a while, so check them out too and support them – gotta love that new coat of arms the Pirate Party have, pretty spot on, sadly.
This video particularly blows the "Those with nothing to hide have nothing to fear" theory out of the water "Glenn Greenwald: Why privacy matters"
The Conversation looks at the The Parliamentary Joint Committee on Intelligence and Security (PJCIS), Expert panel: metadata retention report good points raised, though not enough details for mine.
Felicity Nelson of Lawyers Weekly sums up the submission by the Law Institute of Victoria (LIV) in "Data Retention Bill should be scrapped"
The Conversation has done another piece with more the 'legal' aspect in mind "We are all suspects now thanks to Australia’s data retention plans"
This one by Stilgherrian on ZDNet is beyond a joke, "Australian lawmakers can't use phones, will vote on data retention" MP's making laws for us, like these seriously over-reaching surveillance laws can't even use their own phones? How the hell can people make laws that are complicated & far-reaching as these Data Retention ones when they can't tell the difference between hacking & pranking on their iMessages?

Any other links that come to hand that will assist in stopping Data Retention I will add here, of course, feel free to toss in any extra you are aware of in the comments below too please.