Being homeless doesn’t mean you are a bludger 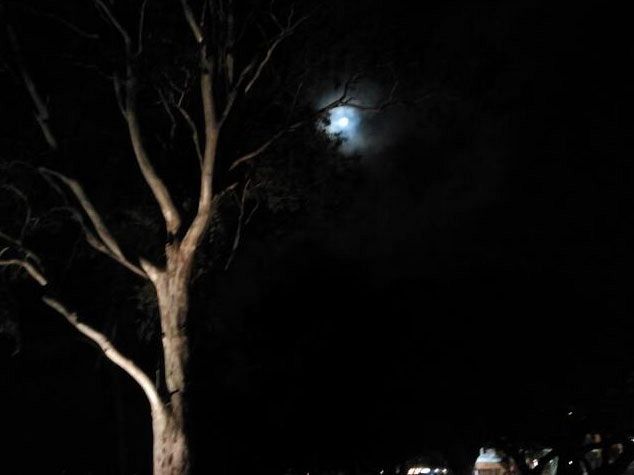 Shared from Kath's mobile phone which is her lifeline to the world at large.

People often say that Twitter can be a nasty place, full of trolls or people yelling into an echo chamber.  Yes that element is there, in fact it can often feel like we are back in the school playground with all the factions, trendy kids, those on the sidelines and the silly drama’s that build up into major combat, often started through misunderstanding or just because one person is having a bad day and took a tweet the wrong way.  You also get the scams & alter-ego’s that can catch out the less wary, though thankfully, this platform seems to be less vulnerable to that than others.

The other side of Twitter is that you often get to meet people that due to your work or family/social circle you would not necessarily come into contact with.  I have met quite a few of the people I chat to on twitter.  Each time I have thoroughly enjoyed it, some are now very good friends who I know I can rely on to help in ‘real’ life as they say ;-)

One person I have met & had her famous ‘BBQ’, is Kath.  Both an enjoyable & educational afternoon for me & I thank Kath for her hospitality.  We will most definitely be partaking of it again.

Now as many on Twitter know, Kath is homeless.  To be quite frank, if you don’t normally have anything to do with Social Services or personal experience of homelessness it can be rather intimidating.  Sadly homelessness is something that even the kindest people prefer not to  be confronted with, normally it is not because they have no empathy, just that they don’t have a clue & it is an issue that is ‘too hard’ for the vast majority of us.

Homelessness comes in all sorts of forms.  It really depends on your own personal experience as to what homeless is.  I will not pretend to be an expert on the issue.  I’m not.  I am still trying to get my head around it too.  Read more at "Homelessness in Australia" if you would like to become more informed, though I still feel that really only scratches the surface.  What I do know is that too many without any knowledge at all feel they can judge people in these situations.  I find it truly hard to comprehend when I see so many ‘normally’ caring people who support many causes, just having no empathy what-so-ever for a homeless person?

What I do know after spending a very pleasant afternoon with Kath is that she is no bludger.  If Kath could physically work, she would be on the job in a shot and it is not all about the money.  It is also a matter of pride for a woman who has been working for decades in some pretty hard-core jobs.  Believe me, I think it is pretty safe to say that Kath is not afraid of hard work.  She is someone who has just had some really bad luck and is currently caught in a vicious cycle.  She has old injuries that have gotten worse that she needs urgent surgery for, so she can’t work.  Kath is also living in an area with limited resources available to help.  Though having said that, the few that can, do help, but they are limited in what they can help with.   Maybe if Kath was to move to Brisbane then she might be able to get shelter, though she would no longer be in a familiar environment that she is intimate with, nor be in close contact with her GP & Specialists who she has a long established relationship with.

Another issue is that Kath has had some bad experiences with Shelters & Shared Accommodation.  I could be wrong, though I got the impression she just does not feel safe in that environment & to be brutally honest, from some of the stories I have heard, I don’t blame her.  Kath lives in her car, this gives her the ability to have a roof – of sorts – over her head, though also the security that she can move if she feels threatened.  Most of us who have kids would be stressed to think of them being out all night in normal circumstances, so I can comprehend why Kath likes to have that control of being able to take herself out of a potentially dangerous situation and why she prefers to live in her car.

Kath’s car is her home and I was stoked to see @pompomgrafix set up a @Pozible for Kath, “Kath is homeless and needs help” to help raise funds for Kath, specifically for her car.  Actually, after meeting Kath I was so surprised to see this.  When I met Kath, we discussed a few options the whole idea of any crowd-sourced help like this was horrifying for her, she has quite a bit of pride & the idea of being a “beggar or charity case” (her words) was not a goer.  So thanks to @pompomgrafix for taking the matter out of her hands, well done mate!

All Kath really wants in regard to her online world is to be able to stay in contact with the world at large so as to not be so alienated & to write her blog, encouraging understanding of homelessness, sharing her sunrise & sunset photos'and of course her great BBQ 'foodie' pics.  Seriously though, if you could see her face when she relates a story of someone she has talked with after they had read her blog - I won’t embarrass her by relating any stories here – and she could empathise with them & help to talk them out of a tight spot, you would understand the joy & purpose it gives her.

Kath is not by any means a Saint.  I'm pretty sure she would be the first to tell you that.  Like the rest of us, she has her quirks (ie any swearing, talk of drugs etc.), she can also jump to offence rather quickly, sadly the forum of twitter with it’s limited characters can exacerbate that miscommunication.  Pretty sure tweeting on a phone in a outdoor setting as she does, probably doesn’t help this situation either.  On the flipside, instead of being a ‘poor me’ type, she is actually trying to highlight the issues of homelessness in our backyard.  Kath’s honest blog is illuminating and I can tell you now, I would have been better off giving Kath 20 bucks to buy our BBQ lunch then me supplying the food, as she would have done a better job of it than I did. She is great on that BBQ!

Memo to Noely:  Yeah... someone living in a car can’t store butter without a fridge DOH! ;-)

What surprised me most about Kath was beyond her rough exterior was a woman who has an awful lot of empathy, caring about others, not begrudging those who have a better life than her.  Of course she gets her back up when she is looked down upon, though she also appreciates the small things like giving a tidbit she keeps over from her late lunch (the one meal a day she has) for the regular dog who walks by in the afternoon.  I wonder how many of us in a similar situation would be happy to sacrifice even a tiny bit of our meal to have that lovely sort of social interaction with a dog & it’s owners on a regular basis?

She is doing the best she can in a bad situation, so if you can help, please do.  From my personal experience spending an afternoon with her & to use a mates term, Kath is a good stick!

cheers,
Noely
You can help Kath here at “Kath is homeless and needs help”, even a few bucks will help get that car fridge so I don’t look stupid offering to leave the butter next time ;-)