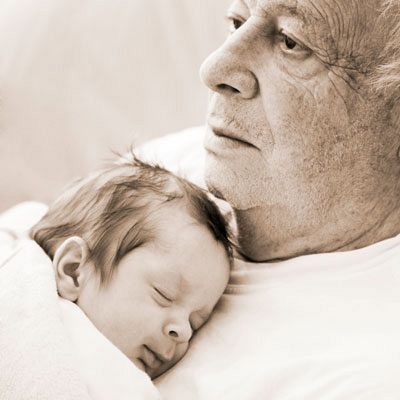 Australia is becoming a nation of ungrateful sods!

I had one of those bizarre mornings where a lot of similar themes unexpectedly came together & smacked me in the face about how self-obsessed we Australians have become.

I had one of those bizarre mornings where a lot of similar themes unexpectedly came together & smacked me in the face about how self-obsessed we Australians have become.  I had a conversation with a friend about Sunrise on 7 (which I am not allowed to watch anymore as my husband says it makes me rant too much LOL!) and David Koch’s obsession with Superannuation, yet at the same time pretending he is a ‘man of the people’.   His super carry-on drives me insane, majority of Australians are worried about paying their monthly bills, not their bloody super, anyhow, rant for another day.  Then to settle down, I went cruising various new sites, came across an awesome article on BBC New Magazine  “Australia: Where the good life comes at a price”, a story which basically tells us how bloody good we have it in this country.  Then, to push me over the edge I went to AUSVOTES 2013 and there was a brilliant thought-provoking article by Ed Butler titled “The ego behind anti-welfarism”,  focussing on how most Australian’s now believe they have ‘earned’ their privilege, not that they are lucky.  I urge everyone to read this article and then have a good look at themselves in the mirror, you may not like what you see.

The fact is, the so-called Baby Boomers are the wealthy in this country, they are the demographic with Superannuation & homes they have fully paid off that result in Finance news now being at the same level of coverage on our nightly news screens as sport.  These are the people who have convinced us all that the ‘Economy’ is the most important aspect of our upcoming election as share prices and the like affect both the returns on their shares & their Superannuation.  These are also the people who have forgotten that we are the ‘lucky country’, many have also forgotten empathy and passed that on to the public at large.

I know many will be frowning at that statement, though take a breath & think about it.  What sort of country are we, that we will condone the hit on struggling single mothers by making their lives worse, yet there is a “Hands off my super!” cry at the thought of cutting Tax Concessions on Super?  Single Mothers would love to have the ‘luxury’ of Superannuation!   Homeless people have no idea about Superannuation!  People dying, waiting on Hospital Surgery lists don’t give a rats butt about Superannuation, they will most likely not be alive to benefit from it.  No-one cares about these people, we all just bow down to the all powerful ‘Economy’.  Somewhere over the years we lost our humanity .

Baby Boomers consistently tell us they “worked hard to live comfortably”, “earned everything they have”, and to a certain degree they have, though they also have a tendency to re-invent history.  They love to proclaim that they were savers who were not wasteful on big screen TV’s & McMansions, which is true, what they neglect to say is that they did not have the same issues that are faced today which inhibit saving or paying off your Mortgage earlier & many of those issues are actually social...

For starters, back in the day the bank gave you a mortgage based on ONE sole wage earner, not both as is needed today, in most cases, women stayed home & looked after their kids, no child care expenses.  IF the earning were the result of a University education, guess what, they didn’t pay for that at all, it was free education.  Same with school, if you went to a state school, back in the day, it was deadset free, unlike today, where it is hundreds of dollars a year, every teeny extra thing is charged and that is before you get to Uniforms.  IF a woman did work, as my mother did, you had family like both sides of my grandparents who helped look after your kids while you were at work or on school holidays, another luxury we don’t have today.  In fact, many grandparents would move in with their kids when they retired, helping with resources to pay off that mortgage quicker & look after the kids at the same time, whilst they happily lived on a pension.  Many families are not located near their immediate family and often even if their family is close, mum & dad are probably either still working, or busy enjoying their environment.  I can’t imagine my Nan saying to my mum, “Sorry love, can’t look after the kids these school holidays, your father & I are off to Europe for 8 weeks”.

Hell, normally our grandparents came on a holiday with us, thoroughly enjoying spending time with the family, treating the holiday as a luxury, not a right.  See, the likes of my grandparents were happy to help their families out, they didn’t think of themselves first, they thought of the family as a whole and being forged by both the Great Depression and two World Wars, they seriously knew what a shit economy was and appreciated that times were better.  The cared about their families and their neighbours, they had lived through the hard times when if you didn't help each other out you were stuffed as you never knew who in the street was going to lose their job next.  Our Grandparents knew what was important - Health & Happiness for your family.  Baby Boomers benefited from that, and like most spoiled kids, don’t appreciate what they had.  Worse, they have passed this disease on to their children, my generation.  The whole, "I pay tax so I deserve my cut attitude".  You know what, you don’t and you should actually appreciate you live in a country where you have even earned enough money to pay bloody tax!

Welfare as per the Oxford Dictionary is “statutory procedure or social effort designed to promote the basic physical and material well-being of people in need”.

Basic being the operative word, welfare money should not be used for Private Education, Private Health or to top up the wealthy Superannuation funds.   Education is a right, there are perfectly good state schools around, if you choose not to use them, well pay for that choice!   We have public Hospitals, if you don’t want to wait in line with the rest of us and can afford to pay to go Private, then bloody well pay for it yourself.   If you have the savings & smarts to invest well, look after your Superannuation with good choices, well good on you, well done, you don’t need taxpayer funded help.

Sadly, the average Australian today can tell you what the price of the AUD is against the Greenback, but they can’t tell you how many homeless we have in this country.  Think about that for one moment.

We are a lucky country, we did not go down the gurgler like most others, we should be appreciating that and using that wealth to improve our Welfare systems now, while we can afford it to set up future generations of wage earners to keep our country strong, not to make the poor poorer as we seem to be doing now.  Is this the future you want for your children?  Caring about your own immediate family is not what makes us an enlightened country, caring about ALL people regardless of race or creed  does!  In reality if the difference taken off the single mother was taken off the affluent it would maybe mean the 'lucky' person loses a few days off their yearly overseas holiday, for the single mother, it could mean the ability to service her car & maybe get a job to improve her families future, to the homeless person it could be the ability to rent a room, clean up, buy some clothes and maybe get a job to get back on track?  We need to start asking our politicians what they will do to improve the lives of ALL Australians, not just how are they going to keep the new ‘affluent’ middle class in the life they have become accustomed to :(

Twitter & political conversation is invigorating, interesting and there are some very smart policy experts & economists out there, though I urge you, please over coming months, everytime you have one of those stimulating political discussions, just take a moment to think, behind those numbers & complex policies there are actual real people who will be affected, these decisions are not just abstract theories.  Government is there to 'service the community or state', not to be a business, let's dial down the 'economic' talk & dial up the HUMANITY.  Seriously, if our grand parents & great grand parents who suffered and struggled through depression and war could see us now, would they be proud?  Somehow I don't think so :(

*AUSVOTES 2013 is an excellent resource online for this years Federal Election, unbias, looking at all aspects of this upcoming election and I thoroughly reccomend that you bookmark or favourite it to read on a regular basis!