Are Liberals just for the self-interested & wealthy or am I missing something? 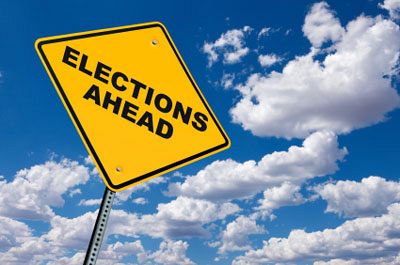 Party politics both repels me and fascinates me at the same time.  The whole Holden vs Ford media perpetuated doctrine irritates & repels me.   What I find fascinating, particularly watching Twitter conversations is 'how' & 'why' people support the party they do, sometimes more fanatically than any die-hard sport tragic?  Watching #Auspol is an education in itself...

The Greens, I understand to a certain degree.  Most I have met are up-front passionate environmental & social campaigners.  I know the media like to portray them as a bit ‘nutty & naive’, though I appreciate the fact they seem to have little time for spin doctors or marketing firms and in general, what you see if what you get.  I respect that.

The Liberals, they come across as ‘confidently’ knowing what is best for the nation.  A ‘look’ they pull off  well, though I would have thought we were all a bit more educated nowadays to no longer ‘trust’ or ‘rely’ on that sort of old fashioned authoritarian comfort?  Oddly, if you look up the word Liberal in the dictionary, it does not really seem to be an ‘apt’ name for the form this party is currently in.  They seem to be the ‘money’ rules party.  Let’s see, great tax breaks on the wealthy for Superannuation, but your stuffed if you are a low income earner, get rid of the school kid bonus, but exclusive private schools still subsided...  Big business love them obviously, though as a small business owner, I can’t see how they have ever helped us?  Last time I looked, the majority in this country are not wealthy, so why do average Australians still vote for Liberals who seemingly are not doing anything for them?  Many supporters use catchcries like “fiscal responsibility”, & “free market economy”, though I wonder if they were actually honest with themselves; the real attraction is base self-interest & greed?   This party I just can’t ‘get’.

Labor I ‘get’ to a certain degree.  I appreciate the work of Unions in the past to give us the safe working conditions we have today, in fact as a teenager we were going to get screwed over by our retail giant employer and the union stepped in, (only 20 odd years ago, so not exactly ancient history).  On the flipside, I fail to understand the factions & power-brokers.  The last state election my area got screwed over by head office tossing in a boy from Brisbane (for the experience) as my area was not considered worthwhile, that is a kick in the teeth to the local members don’t’ you think?  That thinking has to change if they want a future.   I also don’t appreciate the current government’s single mother’s squeeze, though at least there seems to be backtracking on the ‘offence’ discrimination business, which is good, and of course the NDIS & Gonski are real winners for me as they are good for the country as a whole.  I am suspect about the many of the influences in this party, in general though, they seem to at least ‘try’ to do what is best for the majority.

The Nationals are a major disappointment for me.  I live in a regional area and know exactly what they have done for us in the past few decades, diddly squat.  Joh would not be a happy camper if he saw what they have been reduced to now, and for the life of me I fail to see how people in the regions can still bother to vote for them.  Their only purpose seems to be to make up numbers in parliament to help the Libs, who don’t even seem to bother thanking them for it.

What’s left...  Sadly the Democrats are no longer even a minimal force.  Family First party scare the hell out of me, behind that smiling, caring facade are an awful lot of religious bigots.  In principle I tend to favour Independents as they appeal to my democratic nature, they are not slaves to power-brokers and big business and in my experience are more accessible to their electorate and answerable to it.

Please I would love to know WHY you support the party you do so passionately?  Particularly any Liberals who are NOT wealthy...  I don’t mean partisan rants either, real reasons why you support who you do?

Educate me please, I am just a poor punter in the regions looking for answers :)
Noely @YaThinkN