All I want for Christmas is... For an old-fashioned Mum to run the country 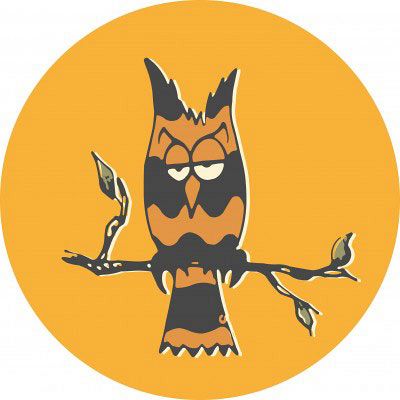 No offence to Julia Gillard and I am not being feminist.  I also don’t mean the new helicopter style mum, I mean the old-fashioned, commonsense, “Get Over It and Get On With It” style Mum.

Think about it...  All we have heard all bloody year is bickering with our politicians.  Do you really think an old-fashioned Mum (I will further refer to her as OFM) would put up with that rubbish?  Would OFM have put up with the language?  Would OFM seriously have copped all the peripheral issues wasting time when she has serious jobs to get on with it?  OFM would have nipped all that shit in the bud quick smart!

Let’s look at the big issues this year...
The Australia Day Riot – yep, that is what the media called it.  OFM would have told everyone to “Stop Exaggerating.  Hello?  People are being honoured at this function and your carrying on with this rubbish?”
Finkelstein Review – OFM would have told the media “Well, I gave you the opportunity to think for yourself and make rational decisions, you chose not to, now when your father comes home we will sit and discuss whether you can be trusted again in future?”
Peter Slipper/Ashby Story – OFM would not have denigrated anyone without waiting for the actual law to make a decision.  When the texts came out.  OFM would not have been very happy, OFM would have asked Mr Slipper to apologise to everyone involved and explain his ‘unsavoury’ behaviour.  Followed up with, “Now, let’s get back to work and wait for the courts to do their job”.
Carbon Tax – OFM would have discussed with experts, made a decision, then implemented it.  OFM is a smart cookie, she knows that the only way the kids are going to turn the lights & games off on a regular basis is if she takes a cut of their pocket money everytime they forget...  When the kids complain the Sky is Falling in with that money being deducted, OFM would hit back with “Well, you are lucky you have the lights and video games and if you want them in the future you better be more aware and not take them for granted?”
Gillard Speech – OFM would not have let it get to that stage (actually that is a personal high it would have been a shame to miss), OFM would have told Mr Abbott a long time ago that “if he can’t speak politely then don’t speak at all!”
AWU Allegations – OFM would never have allowed this to take up so much Parliamentary time.  When first raised, OFM would have said “If you are going to accuse me of something, do so, hear and now, no-one likes a tattle tail”.  IF it carried on OFM would have said “Right, this ends here and now, this is your answer, if you don’t like it, go to the police, if not, sit down, shut up and get on with your work”.
Ashby/Slipper Rares Decision – Hmmm I don’t think OFM would be allowing Brough to get away without any punishment?  OFM never accepts sneaky behaviour, the naughty corner would be working over-time...
Media Harassment:  OFM would not have put up with the same stupid inane questions over & over again.  OFM would have turned to the media gaggle, gave them that perfect steely look that only the Old-Fashioned Mum can successfully pull off and questioned “Really, we have worked so hard to give you a good education and this is what you do with it?”

How many weeks in Parliament this year were spent on rubbish arguing?  Seriously?  Now let’s think, if all those weeks were actually spent on real debate and real discussion of decisions for this country?  We would be looking ‘sensational’ now!

Let’s see how OFM would have handled the recent backflip/lie/broken promise/[insert derogatory comment here] drama with the surplus.   “Well, not everything works out how you want.  Normally your father gets that xmas bonus, this year the company is not doing so well, so, sorry kids, it is the daggy little 2 bedder at Tugan for holidays this year, no Surfers Paradise high rise like we promised.  Couldn’t be helped, but need to be careful unless next year get’s worse.  Don’t whinge, be bloody thankful your father even has a job that allows us to have a yearly holiday!  If you keep whinging you can stay at home!”

See, the Old-Fashioned Mum actually does want the best for her kids and family.  OFM is happy to save her money, but still has hopes for better things in the future for her family and works toward them.  The OFM also will not put up with rubbish, she is too busy actually multi-tasking, being responsible for half a dozen different aspects of her family’s life.  OFM is also checking in on the Neighbours who she hasn’t seen for a few days, she is concerned about the extended family being ok for Christmas Day, even that dodgy new wife with the 3 kids of her brothers needs to be welcomed, graciously of course.  Basically the OFM gets a hell of a lot done, without crap, without telling everyone how good she is and makes everyone around her work together for the betterment of the whole family.  Gee Old-Fashioned mum will even cop the new boyfriend with the rings in the nose & massive tatts (as long as he is polite & respectful and treats her daughter well).

Just imagine how this last year could have been?  What the New Year could be?  If we had an Old-Fashioned Mum at the helm instead of self-interested politicians more concerned about their own egos, their own parties and their win at all costs instead of actually doing their jobs and working together to actually run this country?  I hope Santa gets rid of both parties this Christmas and gives me an Old-Fashioned Mum to vote for!  Or at the very least can you give the pollies a kick up the Khyber and remind them why they are in Parliament?


Cheers,
Noely
(Only an old-fashioned mum in her dreams LOL)