All eyes on Cronulla, will the NRL be consistent with punishment? 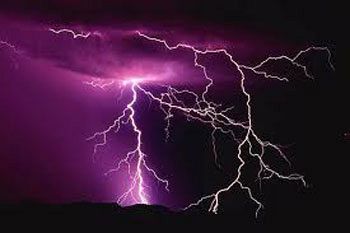 Ok, I know that the Melbourne Storm players would never be tacky or ill-disciplined enough to raise the issue, as it is not 'sportsmanlike', so I will for them...

Cronulla Sharks are in a world of poo, even if you don’t follow sport, you have seen it on the news and not in the sports section at the end.  I am not quite sure what they have done exactly, a lot of people have been sacked, Journo’s on Twitter look like they are almost exploding with anxiety wanting to get confirmation on ‘tips’, my gut feeling it is going to get worse before it gets better, not just for the Sharks...

A few years ago, like many league fans I watched in shock as the NRL trashed the Melbourne Storm, fined, Premierships taken off them, had to play whole season without points, basically considered the worst scandal to ever hit Australian sport.  Watching Gallup, then every journo jump on the ‘cheater’ bandwagon, I distinctly remember turning to my husband and saying “I wonder if the team would have been so punished & vilified like this if they were NOT Melbourne who were/are the benchmark for performance”, as in, what if they were a Sydney team?

I guess now we will see.

I wish no ill on the Sharks, in fact have a soft spot for them as Shark park was the first footy ground we used to take our daughter too and a good mate of ours used to play for them.  Also, if this was happening to my team, The Bronco’s, I would be pretty bloody shattered as well, BUT, having said that, if there is any justice in the world, the Sharks will be getting the same serve that Melbourne Storm got.  Basically, even if Management fed them the 2 types of drugs they are talking about, they are no different, Storm didn’t know what management were doing either.  Players trust their management, they are there to play football, not run a football club or finances.  Sorry, saying we didn’t know what the bosses were doing was not good enough for the Storm, so can’t be good enough for Cronulla (or the next club investigated) either.

Storm players were treated very unfairly.  The Management decided to play silly buggers with the salary cap, not the players.  Yet the players payed for it.  Even the poor buggers who had only joined the club that year, they were booed, played for no points and had nothing to do with any Salary cap rorting.  All the keyboard warriors who reckoned that players knew are deadest playing with themselves.  The salary cap is the most confusing algorithm, it includes past players, 3rd party agreements, you name it...  My husband is a programmer, maths is fun for him, he could not work it out (without having full access like Schubert and he took years to find it out), so no way in hell any player could have worked it.  What happened to those players was akin to a business doing the dodgy then the poor bloody workers on the floor paying for the corporate crimes.  PLUS which has always bothered me, if Brian Waldron was the architect of this ‘scandal’, if it was that bad, ‘fraudulent’, Gallup carried on about contracts signed etc., why was Waldren never charged with Fraud or any other financial crimes?

Irrelevant, that is my rant, BUT, the precedent has now been set!

We all know from the jokes online & on Twitter, that we can’t take a Premiership off the Sharks, but we can make them play all year for zip points, they can be fined, though I wonder, if they will be shamed at away grounds, like Storm were?

Unlike others, I took the press conference that first came out seriously.  When it was stated, that you better own up now, you don’t want us knocking on your door, I was not cynical, I did not think it was a political diversion as many suggested, I honestly thought the AFP & Asada were giving sports people a chance to get ahead of the game before they were caught, which would obviously help their investigations further too.  I think there will be more than Cronulla to come in Rugby League.  Hey, it could all be a storm in a teacup & Cronulla have no charges to answer to?  Pigs might fly too, but, they have not been charged with anything yet...

I just hope that now that the precedent is set, that they (as in any club that is caught in the ASADA web & found to be guilty) cop the same severity that Melbourne Storm did.  Many of us in Queensland are cynical, thinking that as they are Sydney Clubs currently being looked at, they will not cop the same as Storm, let’s see if that Queensland paranoia is justified?

Cheers,
Noely  @YaThinkN
PS: So sorry Cronulla fans, I really do feel for you :(
PSS: Wasn't Ricky Stuart coach then?  Anyone asking him any questions?
PSSS: If you are confused about the whole NRL Drugs Scandal, this article is very informative: "A Comprehensive Look At The NRL Drugs Scandal And How It Will Effect The Game"