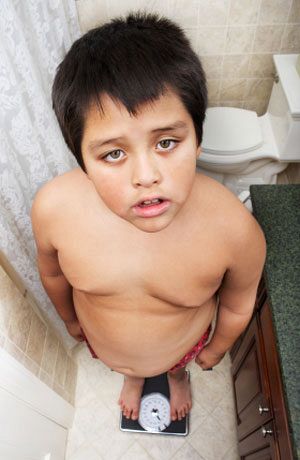 A world with no Pat Rafter

We see so many TV advertisements from both the State and Federal Government about getting fit and healthy, doing your 30mins a day, how we are all heading down the path of being obese and not only is that bad for us, but the Health system will not be able to cope with it, etc.

We see so many TV advertisements from both the State and Federal Government about getting fit and healthy, doing your 30mins a day, how we are all heading down the path of being obese and not only is that bad for us, but the Health system will not be able to cope with it, etc. etc. I have to admit, the Pat Rafter 30 mins a day ones are my favourite as I think he is a legend of a bloke, the ultimate sporting role model, great athlete, inspired a whole generation of kids to play sport, proved that a sportsperson can earn a heap of money and still not be a selfish tosser and more importantly, came from nothing and worked hard to get to the top, he is a really good choice to front this particular campaign. The sad fact is though, if Pat Rafter was a kid today, it is highly unlikely he would be doing those ads in the future.

Sport for kids is so expensive it is ridiculous. Leone's 7 year old is starting soccer this year, and they have had to fork out $300 already, and that is before you buy boots! A lot of the other sports are not much different. The biggest chunk seems to go to Public Liability costs, with the next in a lot of cases being ground hire? How is a parent, particularly with more than one kid, supposed to encourage their kids to play sport with those sorts of costs? It doesn't take millions of dollars in fact finding reports to work out what the benefits are of a kid starting sport at a young age. It gets them into a habit of being fit, it has them outside (in most cases) in a healthy environment, and teaches them physical skills. I won't even start on the benefits of learning a team sport and the communication and sharing skills that imparts... Years ago, playing a Saturday sport was more like a right, and standard for just about every Australian kid. Not today, the percentages of kids that play absolutely no outside school sport (and what they have at school now is pretty pathetic), is appalling! Most of this is due to cost, families with more than one kid, paying a mortgage and every other day to day cost going up, just cannot afford it. You imagine having 3 young boys, and forking out $300 bucks each for them to play one lousy season of soccer, and we haven't even factored in the boots and fuel costs of driving them all over the joint each weekend?

Which brings me to my point... With the famously large family that Pat Rafter comes from, could his parents really afforded those costs with all those kids?

You might have some better ideas then me to get kids back on sporting grounds on a regular basis, thereby making a healthy future, but these are mine.

1. Governments should change the legislation so that you don't need the public liability insurance to be paid by junior or amateur sporting clubs, as they would come under that old-fashioned, outdated concept of 'Accidents happen in Sport'. Allow them to have a form that every kid and every adult entering the grounds signs to waive them being able to sue if they trip over their shoelace. I know the Insurance companies would howl, but hello, what is more important, more than halving the cost of sport and having healthy kids, or making nice money for shareholders, the majority of which are either other large corporations, or people who are old enough to have previously had the luxury of playing sport cheap and are now inadvertently denying it to a future generation?

2. Instead of the millions of dollars spent on advertising, how about Governments actually invest that back in sport itself. AND I don't mean 'committees' or 'studies'. Most clubs I know of here on the coast would think the heavens were smiling if they got even $500 bucks a season to help with costs?

3. Make local government authorities responsible for public sporting amenities. The State Government should enforce a local government law that each council should have a certain amount of public sporting grounds or facilities per capita (and it should be a decent allocation) for 'AMATEUR' sport. Don't want any loopholes to spend it all on the local AFL team... and, they are NOT allowed to make any profit on clubs using the grounds. Gee, Council could probably afford to build more or allow more land for these junior and amateur sports if they also were not having to pay the ridiculous insurance costs for publicly used space?

Noely Note: Addition to the above... Michael of Cooroy (see comments below), had a brilliant idea! How about we make sporting costs for kids Tax Deductible? Surely the amount claimed back on tax would be way less then how the tax system will be paying out in medical in the future?

Obviously you all might have more suggestions, but even implementing the above, it would mean that the average junior team sport would be back to the old days, where you payed for boots, maybe a few shin guards, or your own bat if you wanted it, and rocked up with your gold coin to contribute to umpiring. Fundraisers would be used again to update equipment, or help pay to send off kids to Rep carnivals or the like, not just to keep a club afloat, and of course we would be having generations of kids back on track, understanding the benefits of being fit and healthy. Not to mention just the plain commonsense of being outside having fun with your mates!

Governments seem to be happier to 'talk' about this, I know times are tough, but if you or your business can help a local junior club, please do! Sponsoring a team of 7 year olds might not be high profile, but the benefits your small sponsorship could have are worth more in the future. For parents, there are an awful lot of Sign-On's at the moment, so if you can try to stretch your family budget a bit more, please, try to encourage your kids to get out there & play a Saturday sport, every parent wants the best for the future of their kids, and playing sport at a young age and getting them into the habit of regular physical activity could be one of the best gifts you ever give your child.

I would hate to think of a world where we did not have the likes of a Pat Rafter. If something does not happen soon, not only will all tax payers be funding obesity clinics and people dying from preventable diseases that are caused by an unhealthy lifestyle, but we will have no future Pat Rafters either (unless mummy & daddy are loaded). Give our kids a chance!